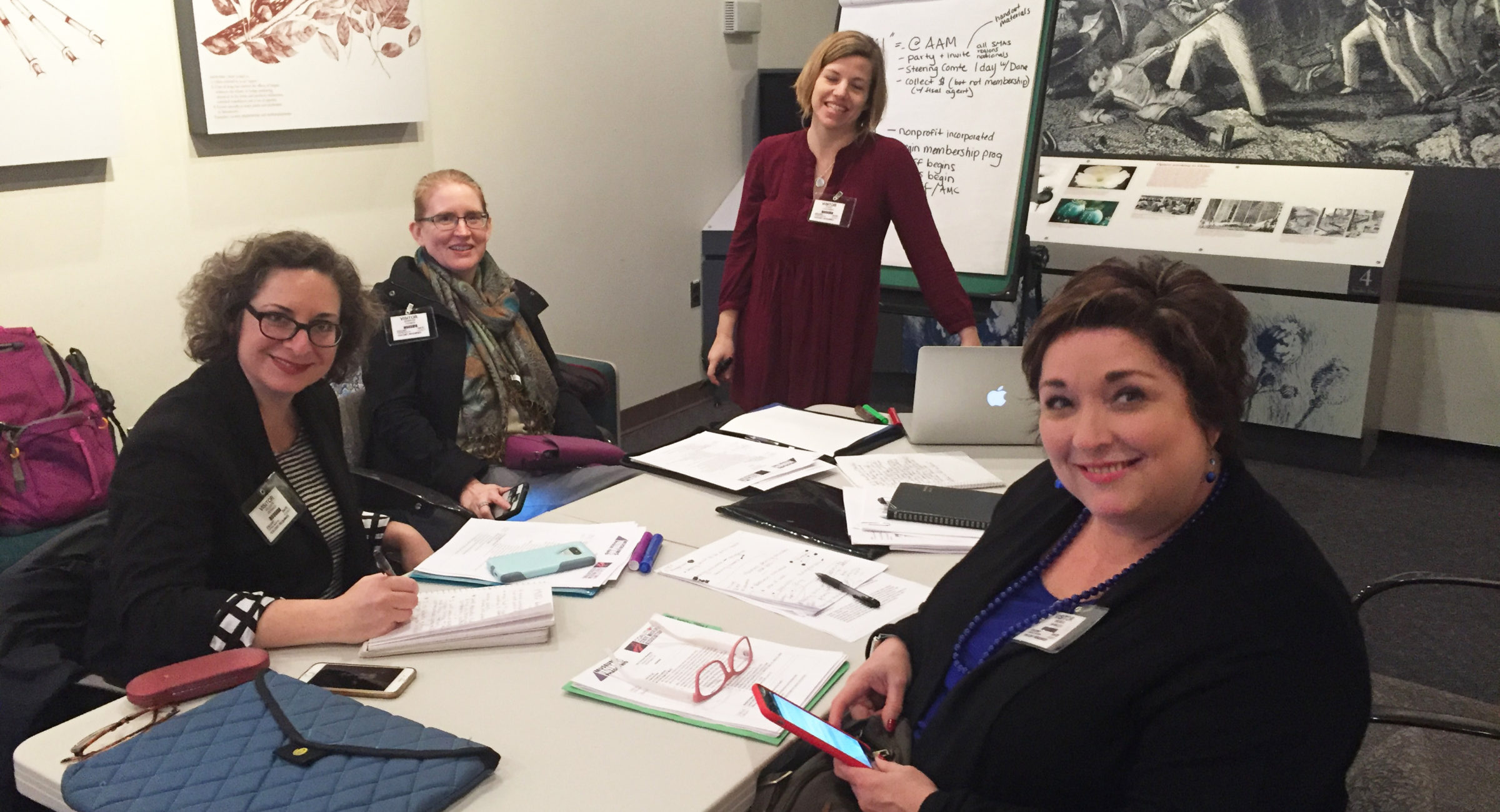 The Coalition of State Museum Associations, or COSMA, incorporated in 2017 and established its nonprofit status in 2018. By this measure, COSMA is new as a formal entity, the only national organization committed to serving state museum associations (SMAs). But the idea is not new, not at all. Leaders of SMAs have been working together, informally, for decades to bolster the national network of SMAs. The goals of this group over the years have remained much the same—to increase the capacity, communication, professionalism, and stability of SMAs so that they may more effectively serve the museums and museum professionals that make up their membership.

During the late 1990s, SMA leaders revealed a sense of humor when they referred to their network as PLASMA, the "Pretty Loose Association of State Museum Associations." PLASMA met at other organizations’ conferences and began to build a file of information specifically about SMAs. In February 1997, coordinated by the Florida Association of Museums and the Florida Art Museum Directors Association and funded by the Institute for Museum and Library Services (IMLS), SMAs gathered in Miami for their first nationwide meeting. The following year, in June 1998, the group reunited in Denver as the National Conference of State Museum Associations.This meeting was also made possible through IMLS funding.

The SMA-focused working group continued to grow and in the mid-2000s took on a new name: The National Alliance of State Museum Associations, or NASMA. Colleagues at the American Alliance of Museums (AAM) recognized the interests of this group and assisted with coordination and communication. AAM provided space in the annual  conference program for a NASMA meeting, which was widely attended. By 2011, NASMA made a commitment to communicate outside of the once-a-year meetings held at the AAM conference. NASMA committees conducted surveys of the SMAs to learn more about the individual organizations in each state. The members elected officers who met via monthly conference call to further the goals of SMAs. NASMA created a website and a popular list-serv. By 2013 the NASMA officers had crafted a governing document developed to formalize the organization.

NASMA, by its presence and visibility, raised awareness of the critical role played by SMAs. In March 2014, leaders from the SMAs, IMLS, and AAM gathered for “Museums United,” a two-day convening at Crystal Bridges Museum of American Art, Bentonville, Arkansas. This special meeting identified shared challenges and interests of SMAs. With data gathered and common needs identified, “Museums United” had an energizing effect on the SMA community. When representatives of the 46 SMAs met for “Museums United,” it was the first time that all state museum associations had come together in over 15 years.

A key finding of the convening was that limited money, time, and staff are persistent barriers for SMAs in achieving their full potential. Conversations began immediately about how to address those needs. In April 2015, with IMLS support, a team of five SMAs launched “Museums United Phase Two,” an initiative in which all state museum associations are working collaboratively to develop critical tools and resources that will help everyone address these barriers.

Drawing its leadership from NASMA, the “Museums United Phase 2” project approached its work in a collaborative manner. The five key partners were California, Florida, Oklahoma, Texas, and Virginia. The Steering Committee involved leaders from Florida, Idaho, Iowa, Maine, Minnesota, Montana, New Mexico, Ohio, Pennsylvania, South Dakota, and Utah. In addition, task forces consisting of staff and board members from all SMAs participated in the implementation of each goal area. The nationwide involvement increased the relevancy and usefulness of the project.

“Museums United Phase 2” ended with the determination that a new organization should be formed—The Coalition of State Museum Associations. The plan for COSMA was unveiled at the AAM conference in 2017. At the unveiling event, the co-chairs of NASMA announced that NASMA would be disbanded and replaced with COSMA. SMAs stepped forward with funds to support the fledging organization during its transitional year. These supporters became known as the Founding Partners.

During the months following, COSMA built on the foundation laid by “Museums United Phase 2” as well as NASMA and PLASMA. In 2017 COSMA elected board members from state museum associations across the nation and named a transitional leader. The following year COSMA developed a strategic plan to advance its mission and accepted its first official members. Today COSMA continues its collaborative work with all 46 SMAs.